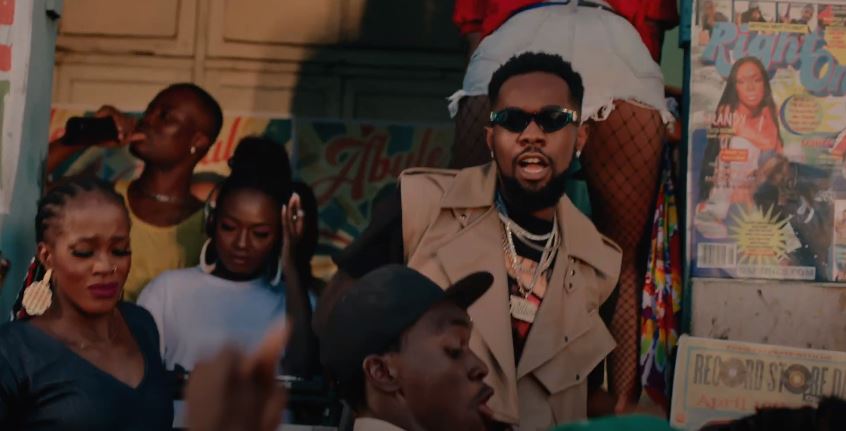 
With the audio still basking and climbing top music charts Patoranking serves us with “Abule Video”, Directed by DK.

After successful release of his third studio album “THREE” Patoranking returns with “ABULE Video”. The song is the lead single for Pato’s third studio album (THREE), the track that did magic for the introduction of the new music project.
Patoranking, is a Nigerian reggae-dancehall singer and songwriter. Born and raised in Lagos, Patoranking hails from Onitcha. He started his music career doing underground collaborations with artists such as XProject, Konga, Slam and Reggie Rockstone. With over 200 million+ views on YouTube and a hugely impactful musical catalogue, superstar artist Patoranking has enjoyed a massive career with his unique blend of African music and Reggae/Dancehall since he emerged in 2013. Patoranking is undeniably one of the most culture shifting visionaries at the forefront of African music. His first album God over Everything debuted at #4 on the Billboard Reggae Charts making him the first African artist to do so. His recently released second album Wilmer also debuted at #5 on the same charts.
‘I’m In Love‘ was his 2020 debut single, on the song Pato sings his heart out to share his uncontrollable love feelings. He crowns his girl as a perfect gift from God, the most expensive item in his life, A super woman. Just few days he shared a snippet video of his soon to cone studio album (THREE). While we anticipate the forthcoming album Patoranking serves us with his brand new lead single – “ABULE”.
‘Abule’ is a record that talks about ghetto love, loving your indigenous lady truly without pointing out her major flaws. It’s a perfect blend of Afrobeat, Reggae and the pop sound… PATO gaves us another story,
“Abule Video” comes with a Big vibe, Jolliment, groove and sooth dance move… A PriorGold Pictures directed by Director K, Watch and Enjoy below