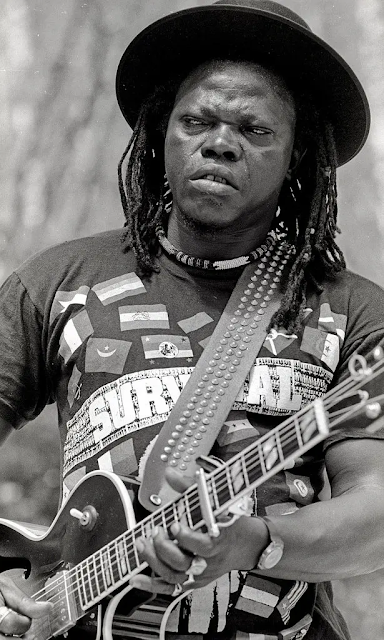 Led by Zaire-born guitarist, vocalist, and songwriter Remmy Ongala (born in 1947), Orchestre Super Matimila crafted a rhythmic dance music by combining Zairean soukous and other modern East African music. The lyrics of Ongala's songs, however, remain as essential as the rhythms, addressing issues of poverty, diseases, and the loss of loved ones. In a late-'90s interview, Ongala explained, "My music is known as 'ubongo beat' because, in Swahili, "ubongo" means brain and my songs are full of meaning." The roots of Ongala's music trace back to when he was a child learning traditional Kivu rhythms and songs from his father. By the age of 17, he had taken the first steps towards a career in music. Inspired by the playing of TPOK Jazz guitarist Franco, Ongala taught himself to play the guitar. At the invitation of an uncle, he accepted a position with the Makassy Orchestra in Dar-Es-Salaam. He remained with the group for a short period before Makassy announced that he was returning to Kenya. Together with other band members, Ongala elected to stay in Tanzania and the group was temporarily renamed Orchestra Matimila. They later assumed their current name, Super Matimila.